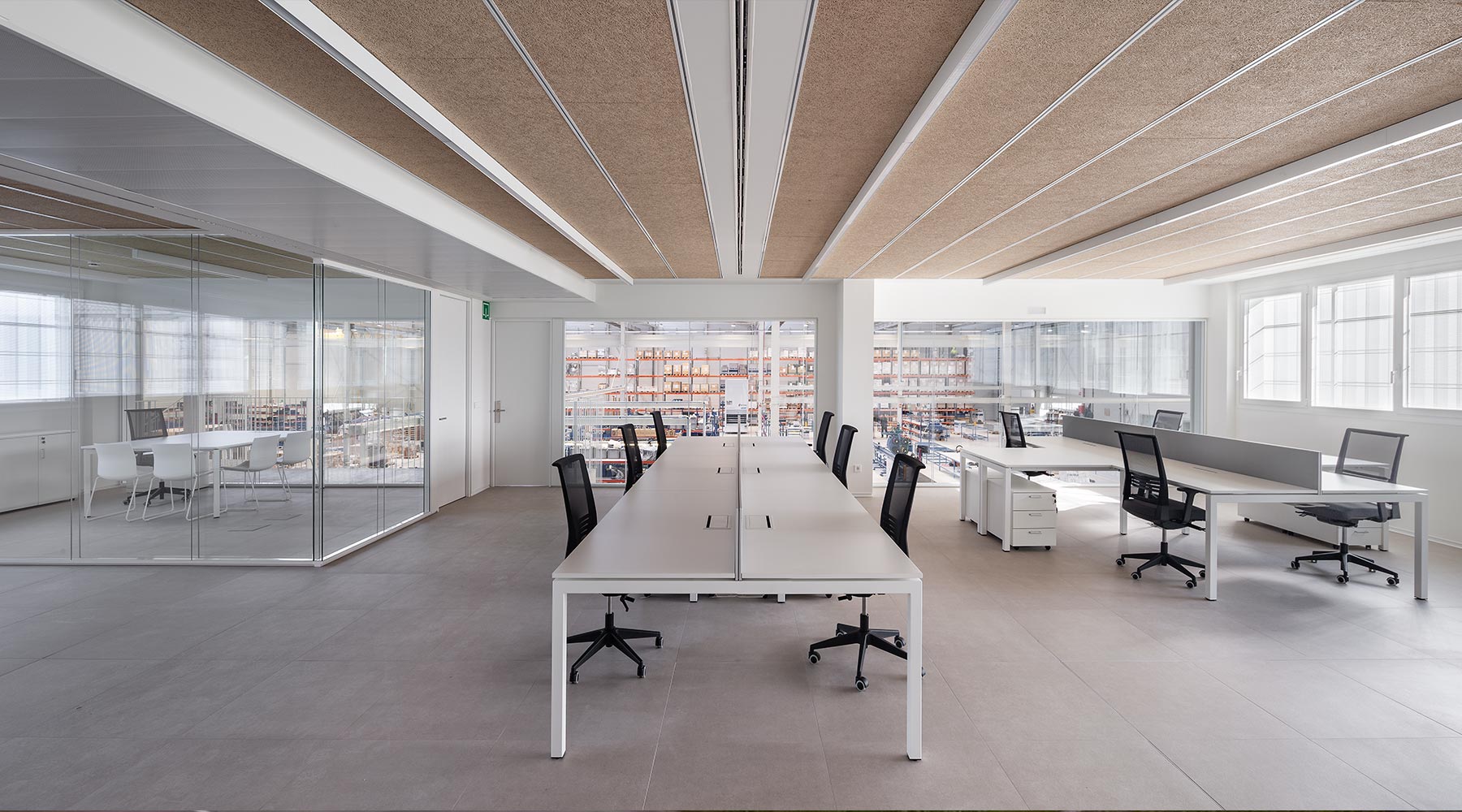 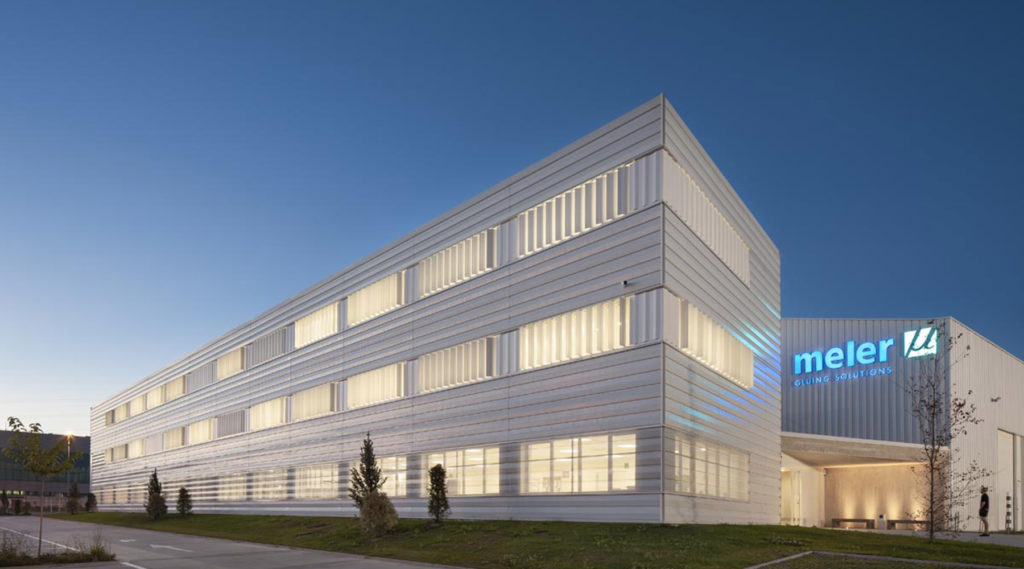 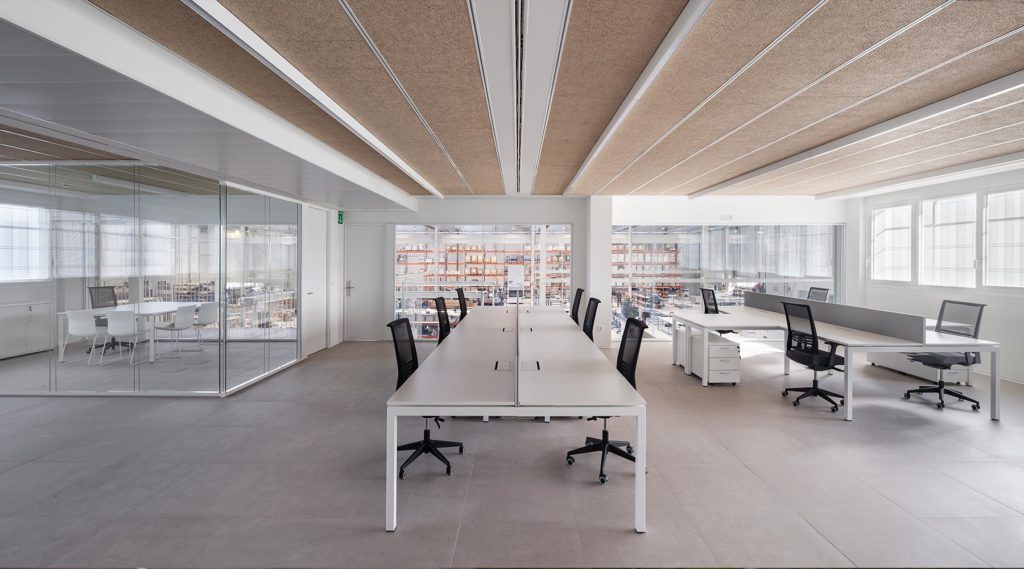 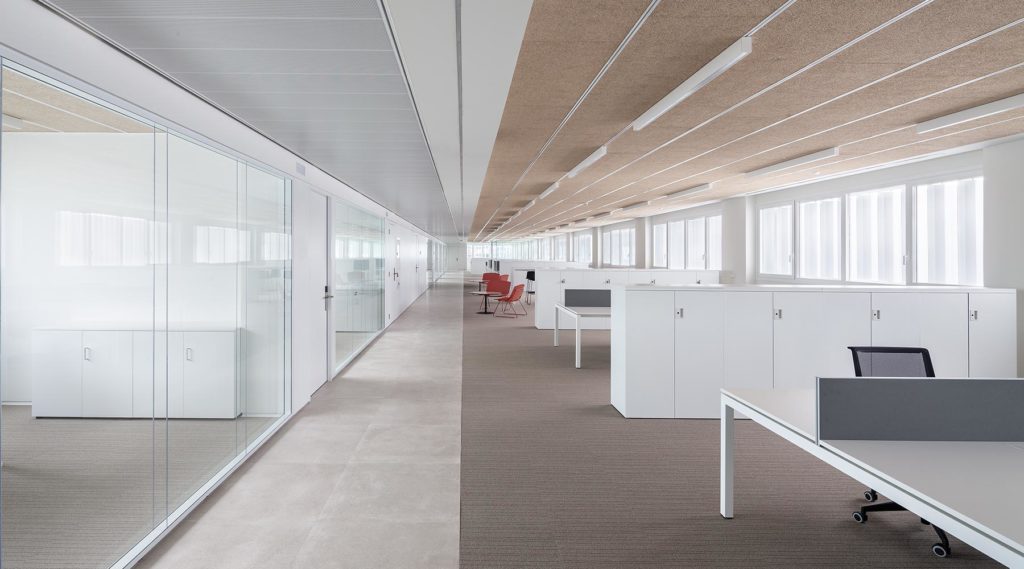 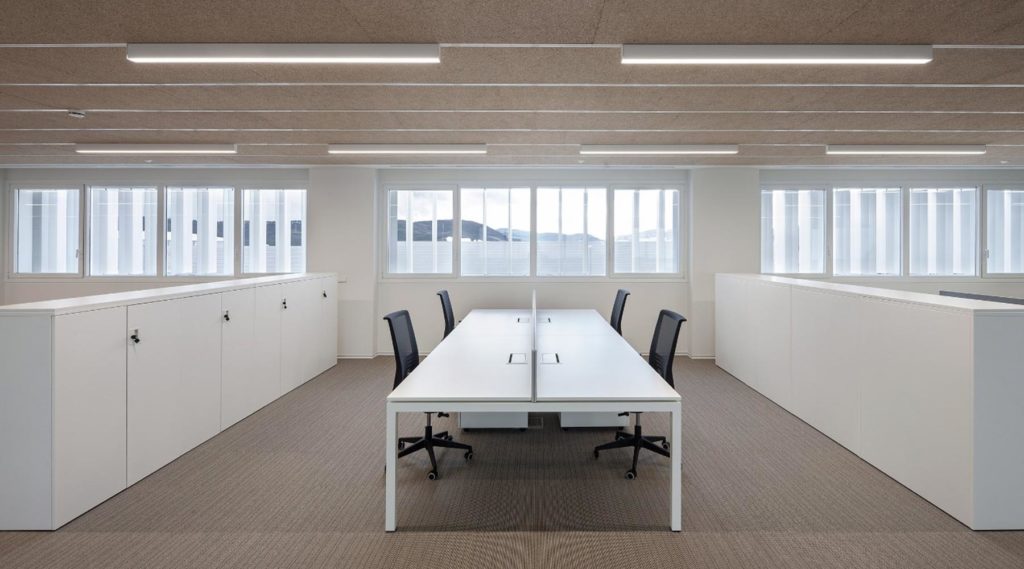 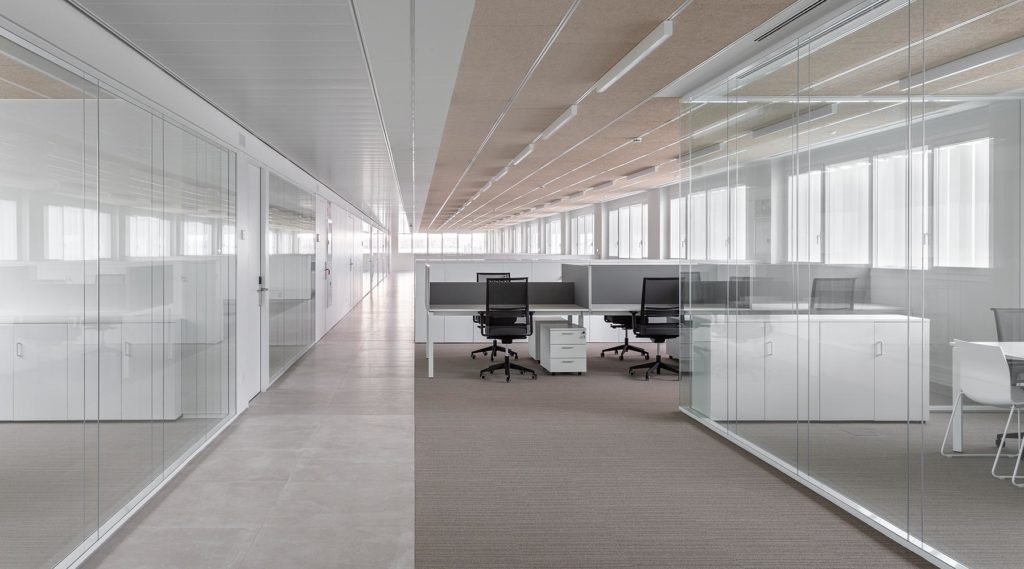 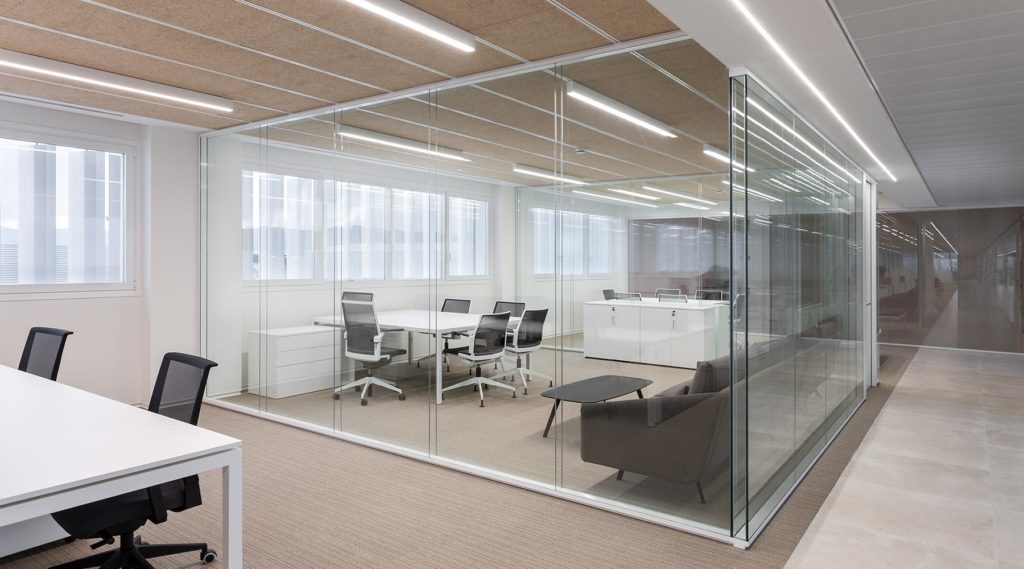 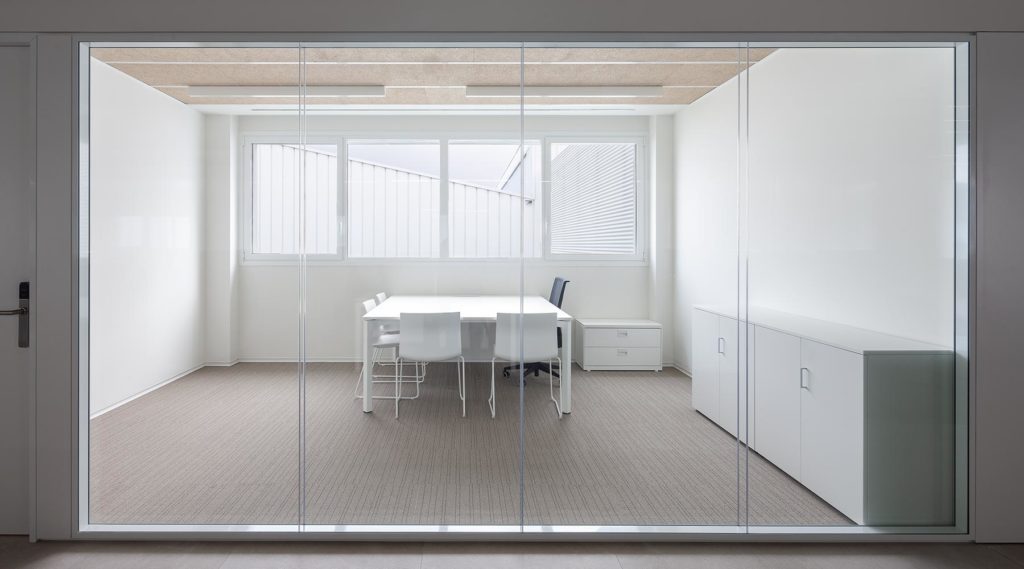 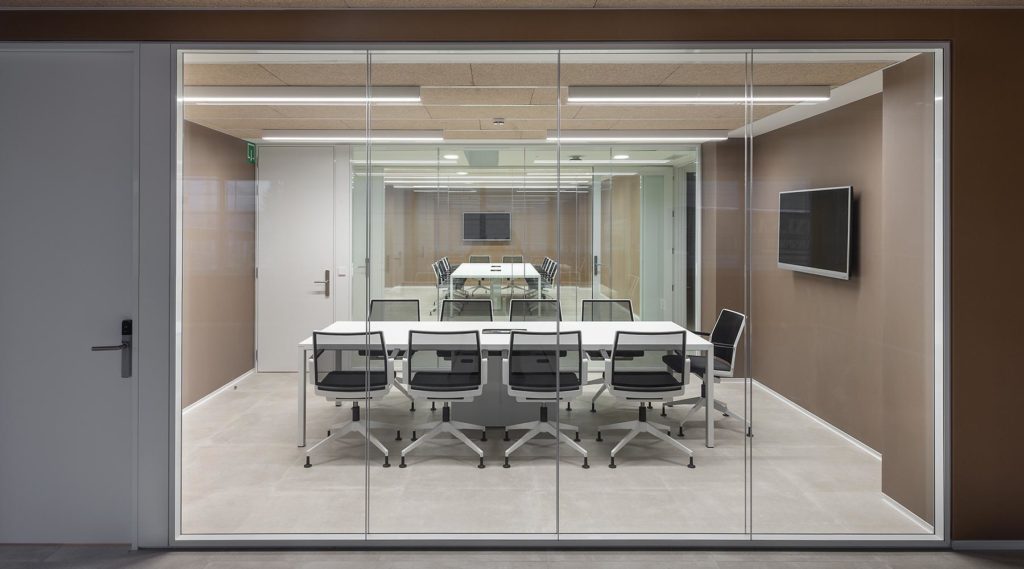 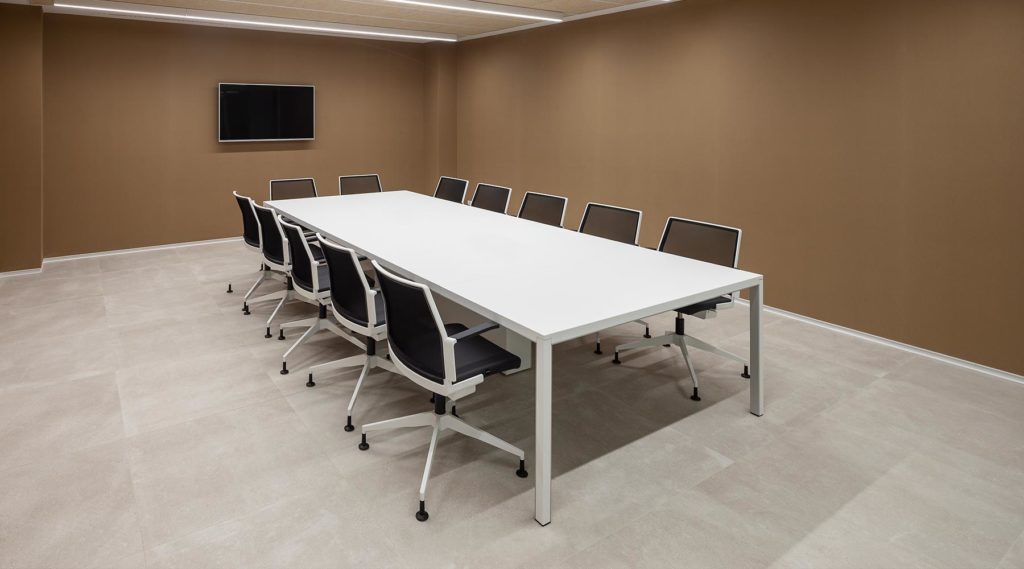 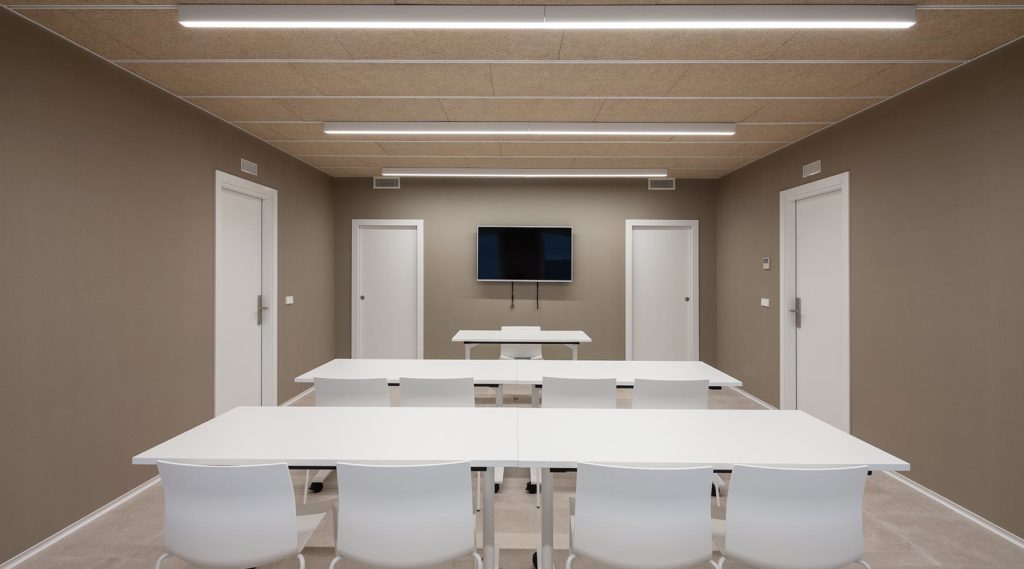 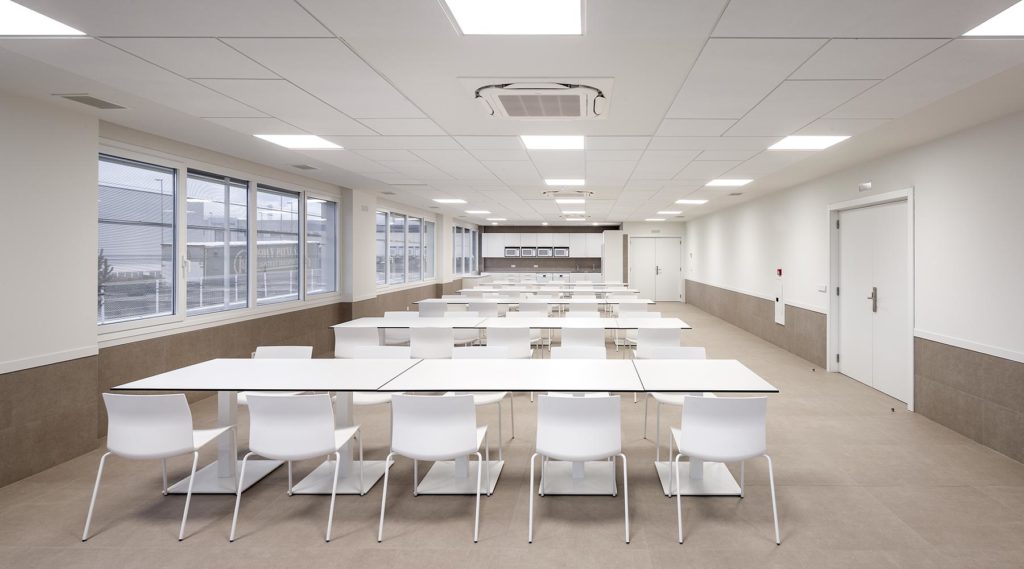 Focke Meler set itself the challenge of building a new corporate headquarters, making a significant investment in more than 7,000 m2 of floorspace, where it plans to triple its production and spearhead local industry. That is one of the reasons why this major project has been declared of public interest in Navarra.

The furnishing project was so well received by the company’s work teams and managers that its offices in Düsseldorf (Germany) and Ingré (France) have been fitted out just like the Navarra facility.

The Meler building is used for two purposes which do not coincide too often but which, in this case, are extremely balanced: an office area and an industrial area, two distinct functional areas that are really configured as two separate buildings linked together.

The architectural firm ByE developed the project with a clear premise:

The office area occupies two floors and differentiates between:

In the open-plan work areas, multifunctional spaces were needed which could be used for different kinds of work and host a variable number of work stations.

In the office areas, the idea was to furnish the rooms with a single piece of furniture which could serve as both a work desk and a meeting table. Finally, square tables large enough to meet both purposes were chosen. This avoids the need for two independent pieces which would mean the user having to constantly change position for the increasing number of meetings held in the modern office.

The enclosed spaces, all very transparent, provide the acoustic privacy needed in some meeting rooms and offices, while the open spaces, in which there is a combination of bench-based work areas and places for more informal meetings, allow constant interaction between staff in both the same and different departments.

The location of meeting areas on the ground floor provides spaces to receive visitors who do not need to enter the work areas. The same occurs with the training areas, which are also near the production areas, making them highly flexible. 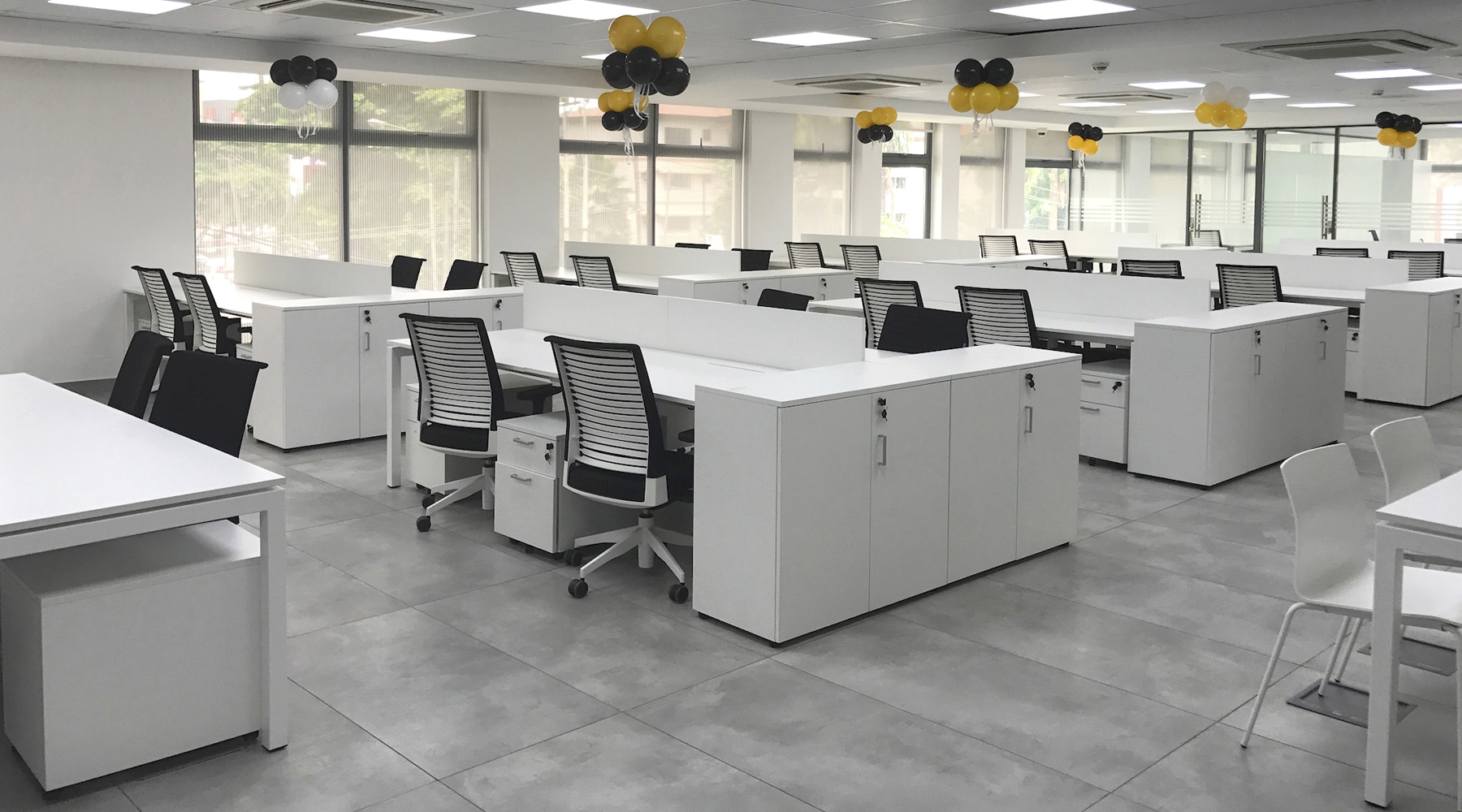 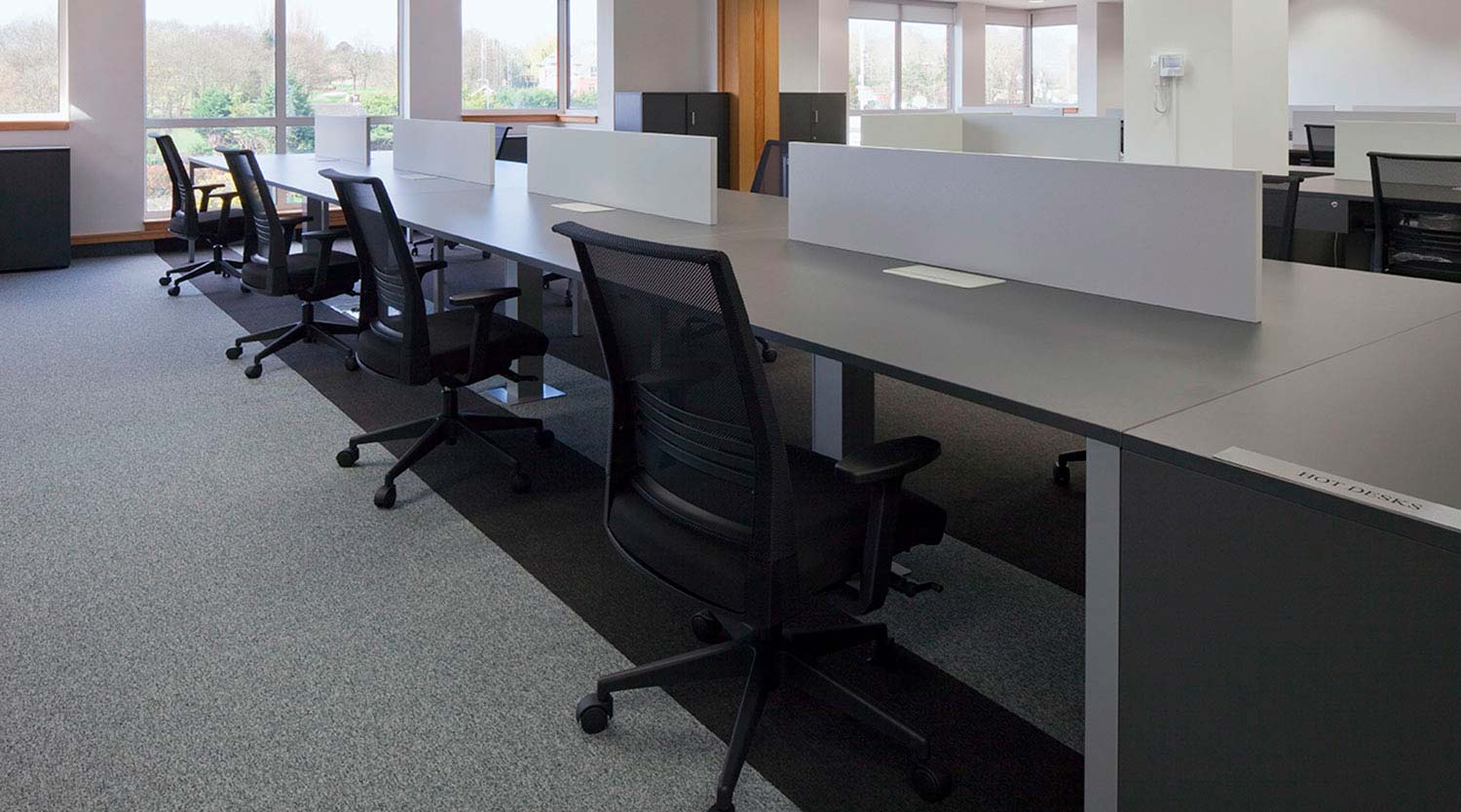 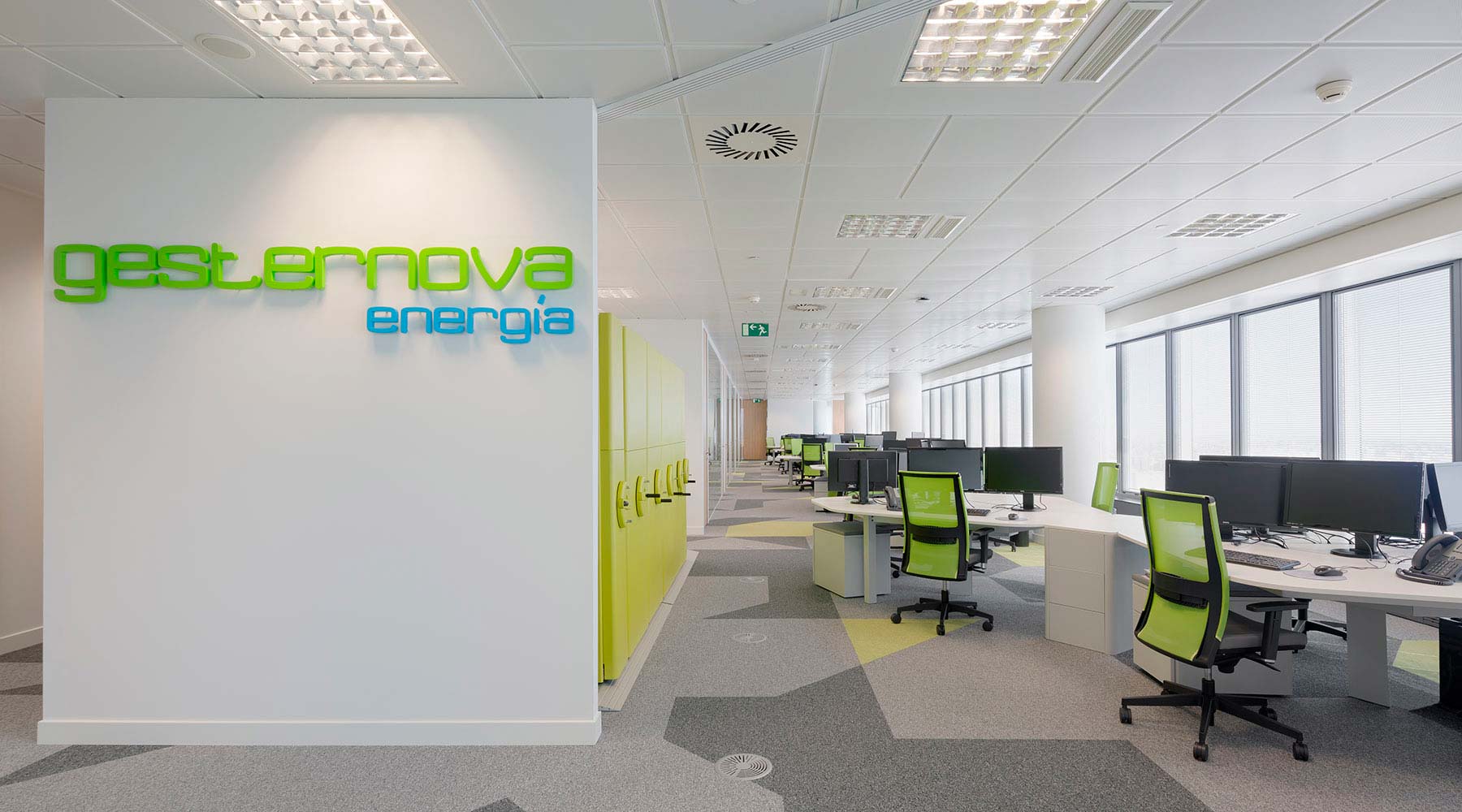