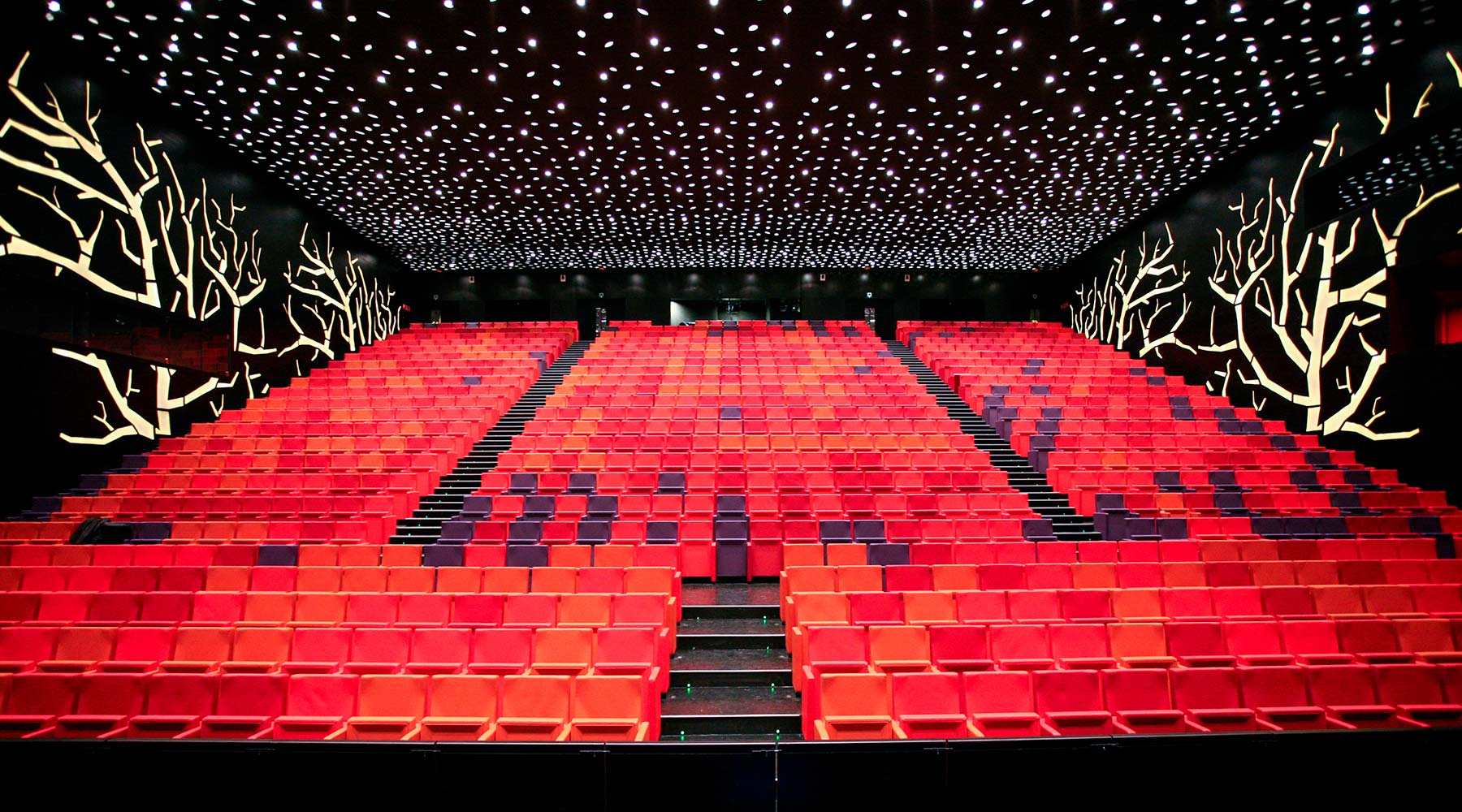 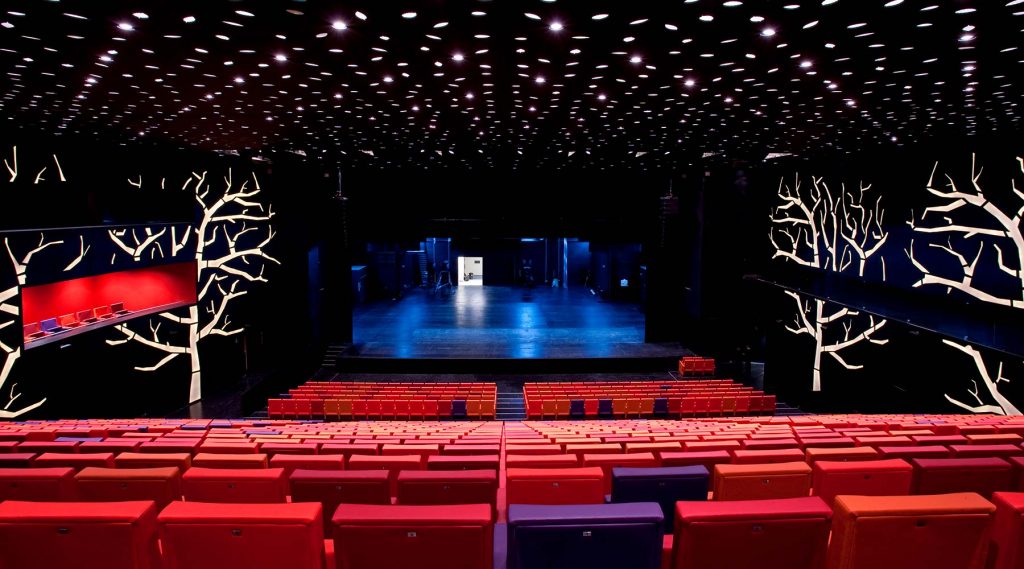 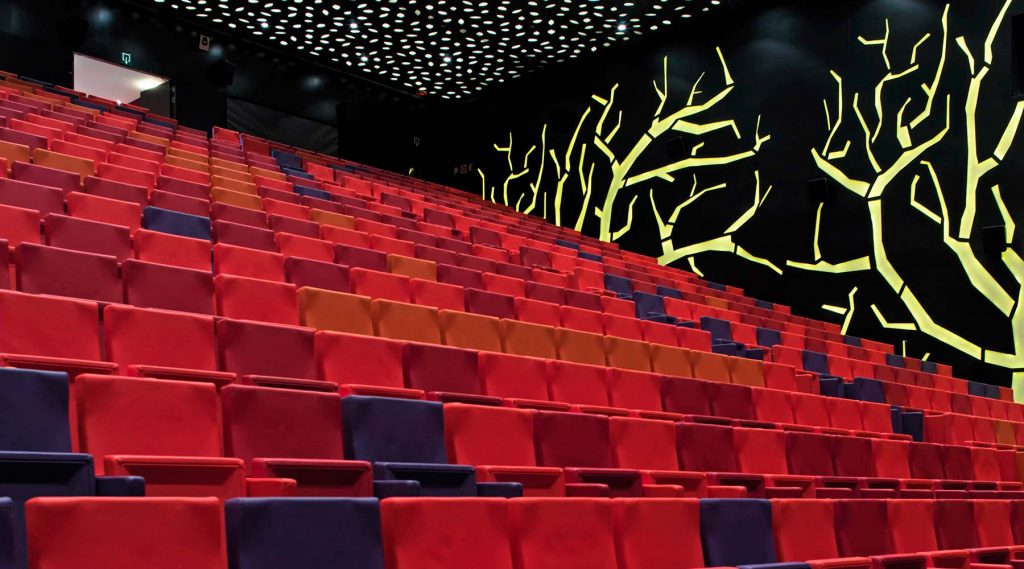 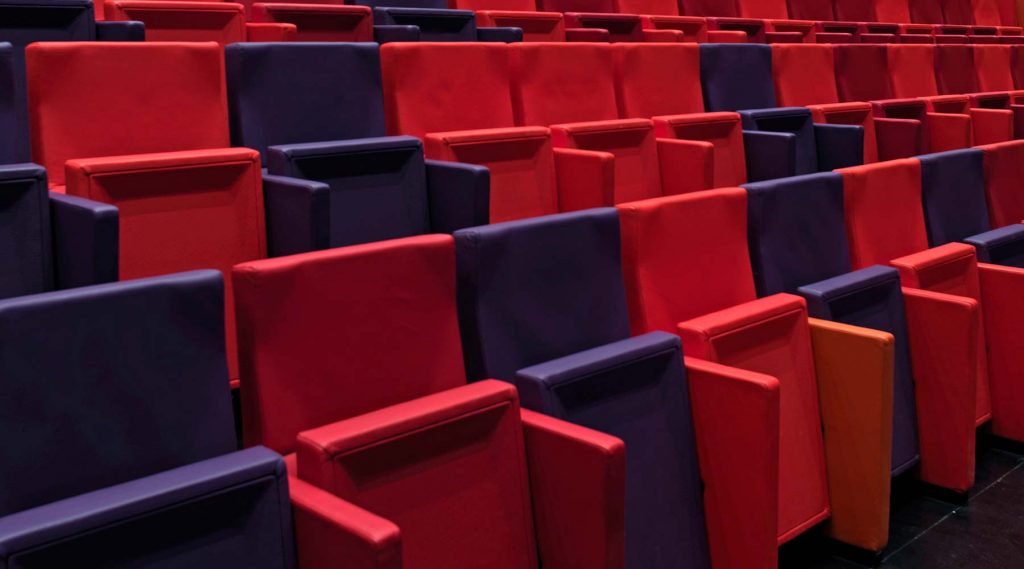 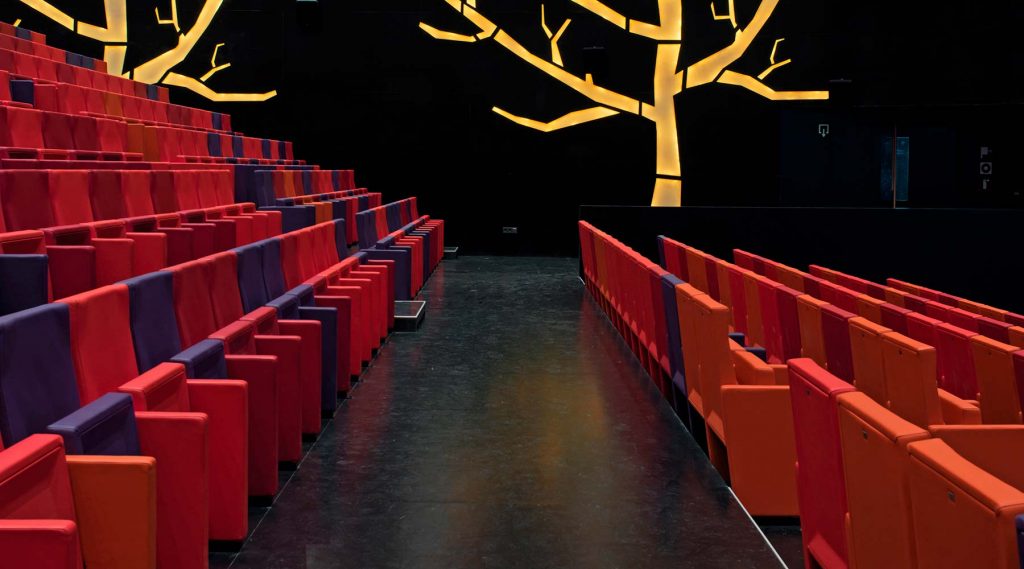 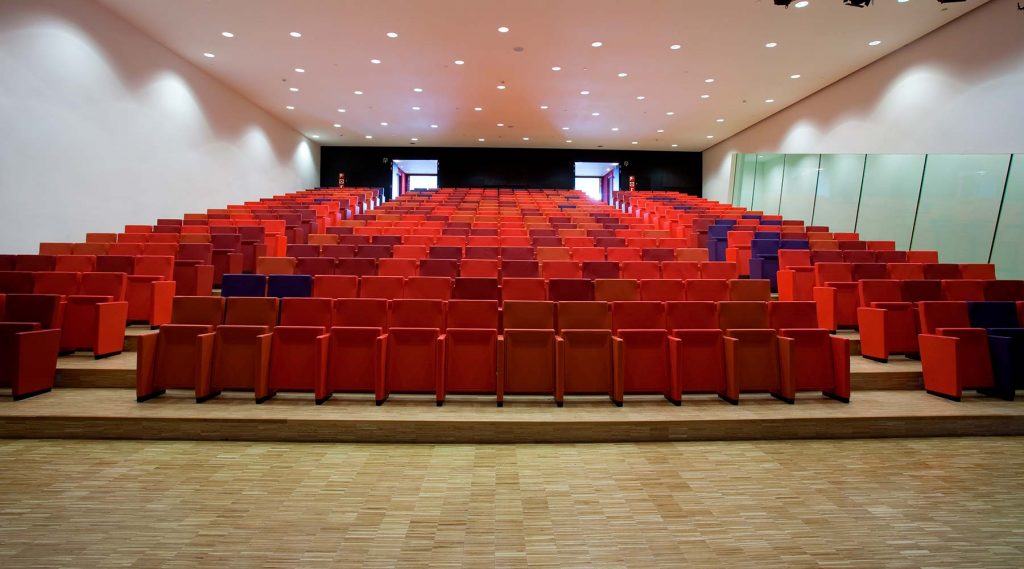 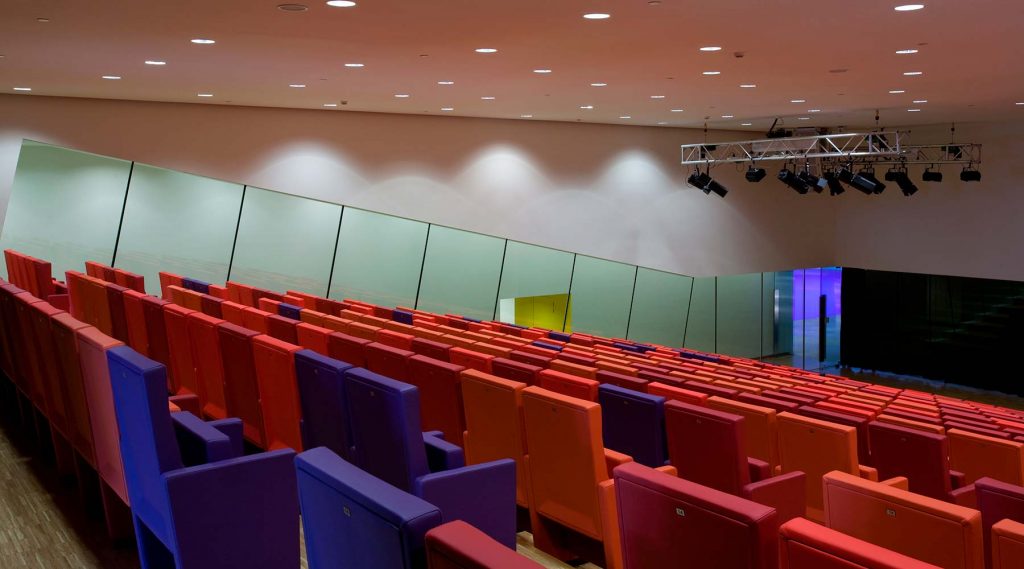 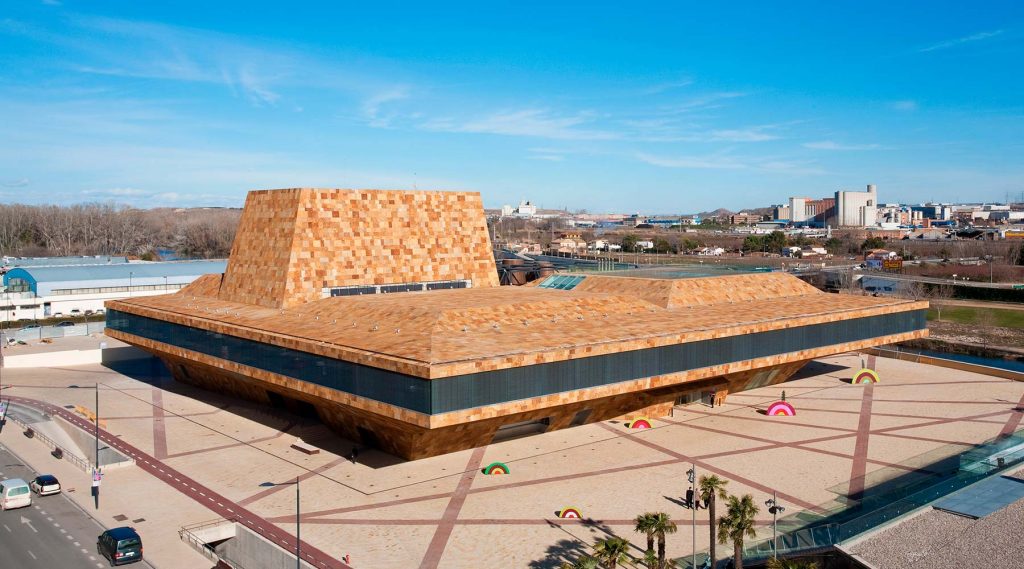 La Llotja is the most innovative public facility in Lerida and, alongside Barcelona’s Liceu and the National Theatre of Catalonia, is the third cultural facility in Catalonia capable of hosting large-format shows.

Designed by the architect Francine Houben, from the Dutch firm Mecanoo, making its first incursion in Spain, this sustainable, environmentally-friendly project represents a remarkable urban development operation, revitalising the right bank of the River Segre.

Aiming to secure a place for the project in the natural memory of the area, the Conference Centre resembles a huge sandstone acting as intermediary between the hill of Seu Vella and the river.

A landmark building, it stands as a great architectural body, surrounded by a large overhang, changing the skyline, as well as providing a new view by establishing a visual dialogue in its surroundings.

The auditorium was furnished with Prima seats following a thorough plan with an emphasis on the use of colour. The design defined the positioning of seats in four different colours, predominantly orangey red, interspersed with violet and dark crimson.

The acoustic conditions of the auditorium meant that the seats were finished in order to dampen sound. 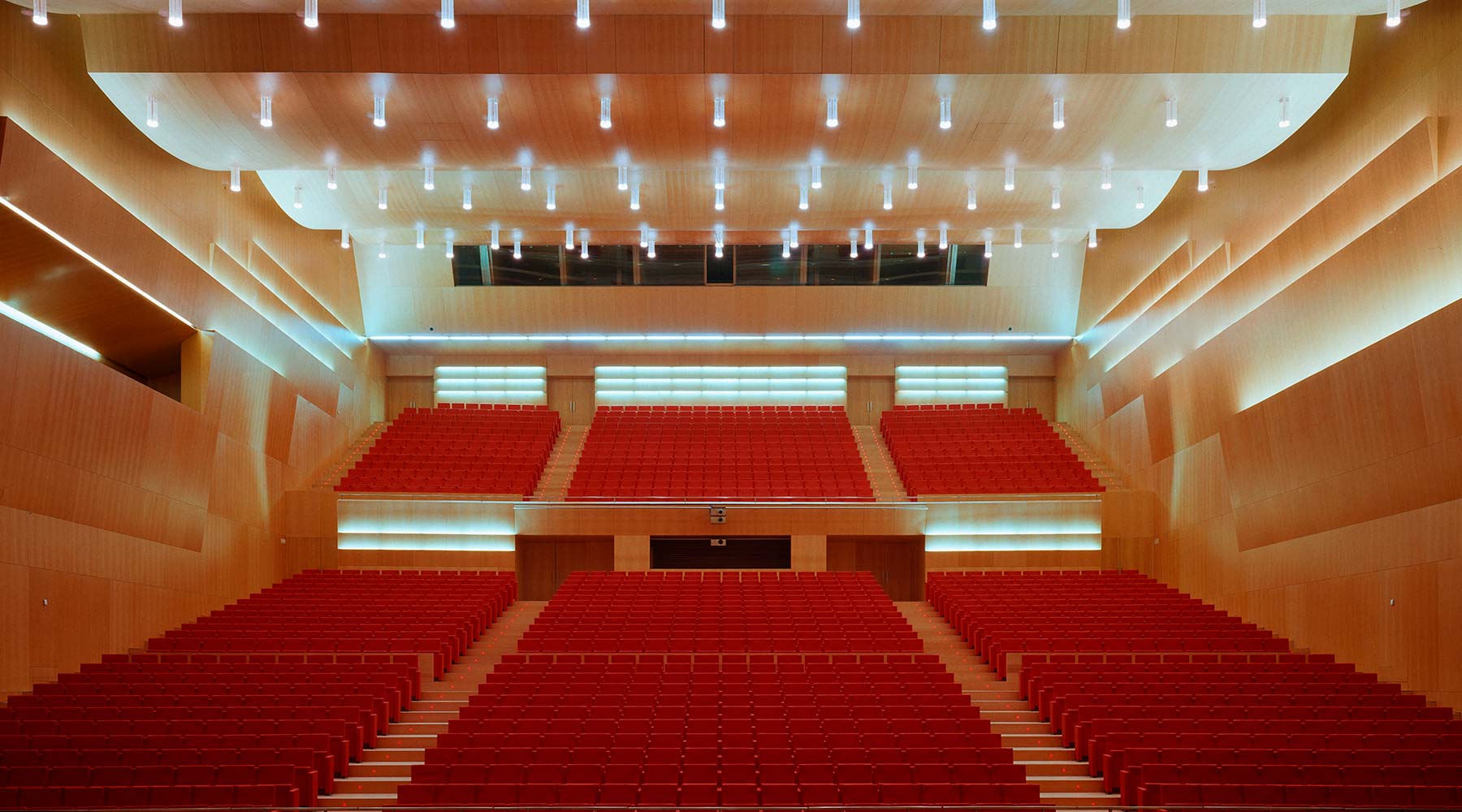 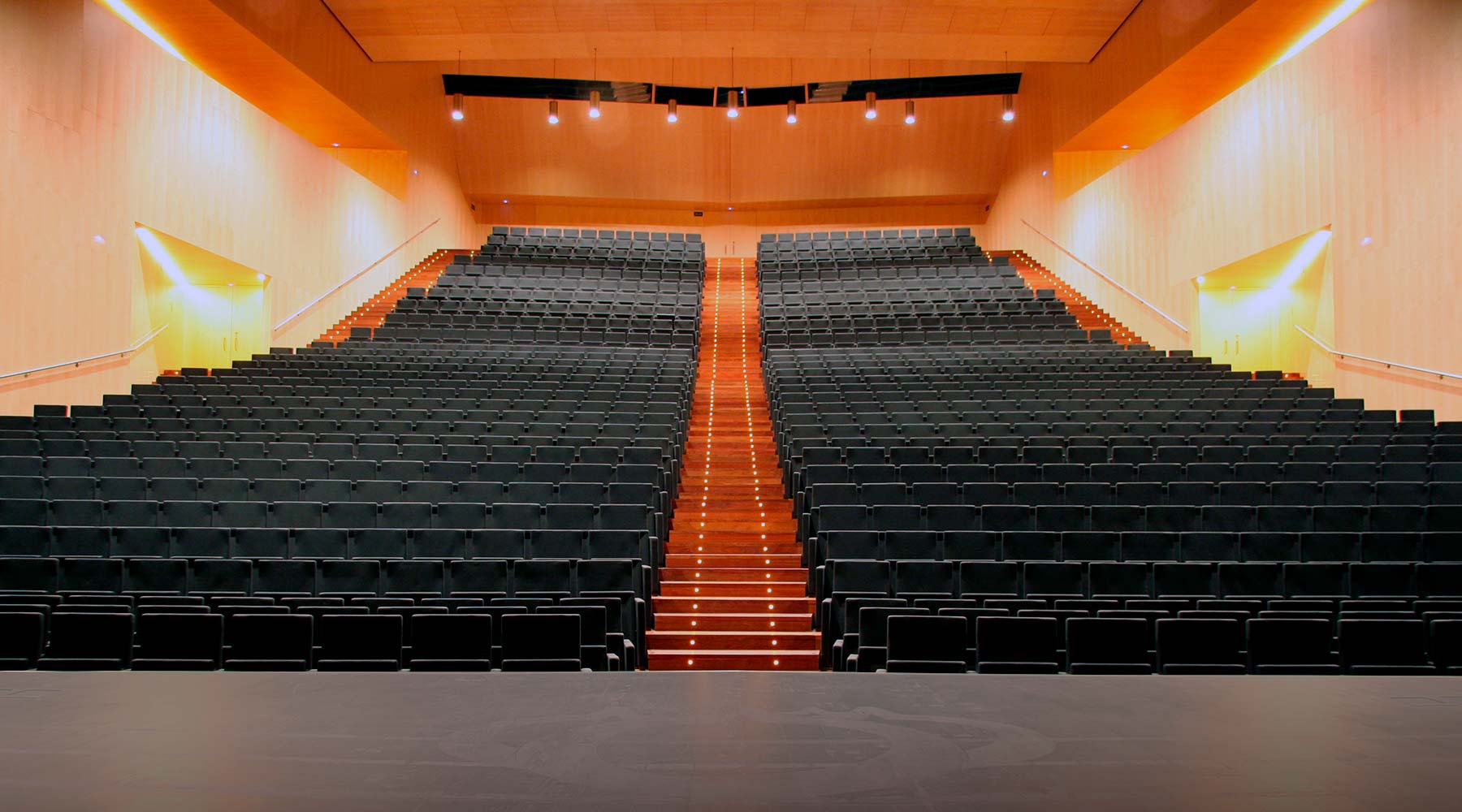 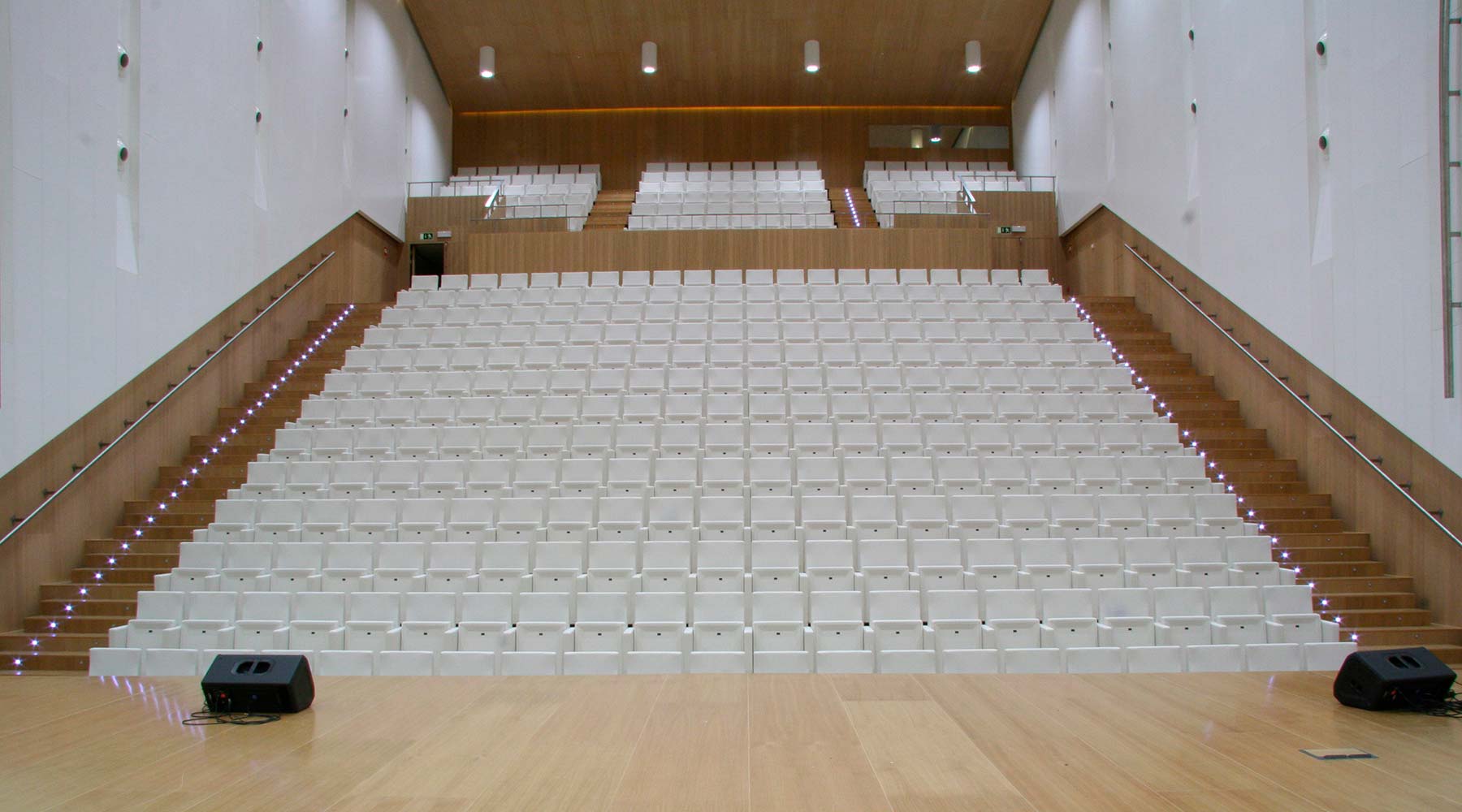